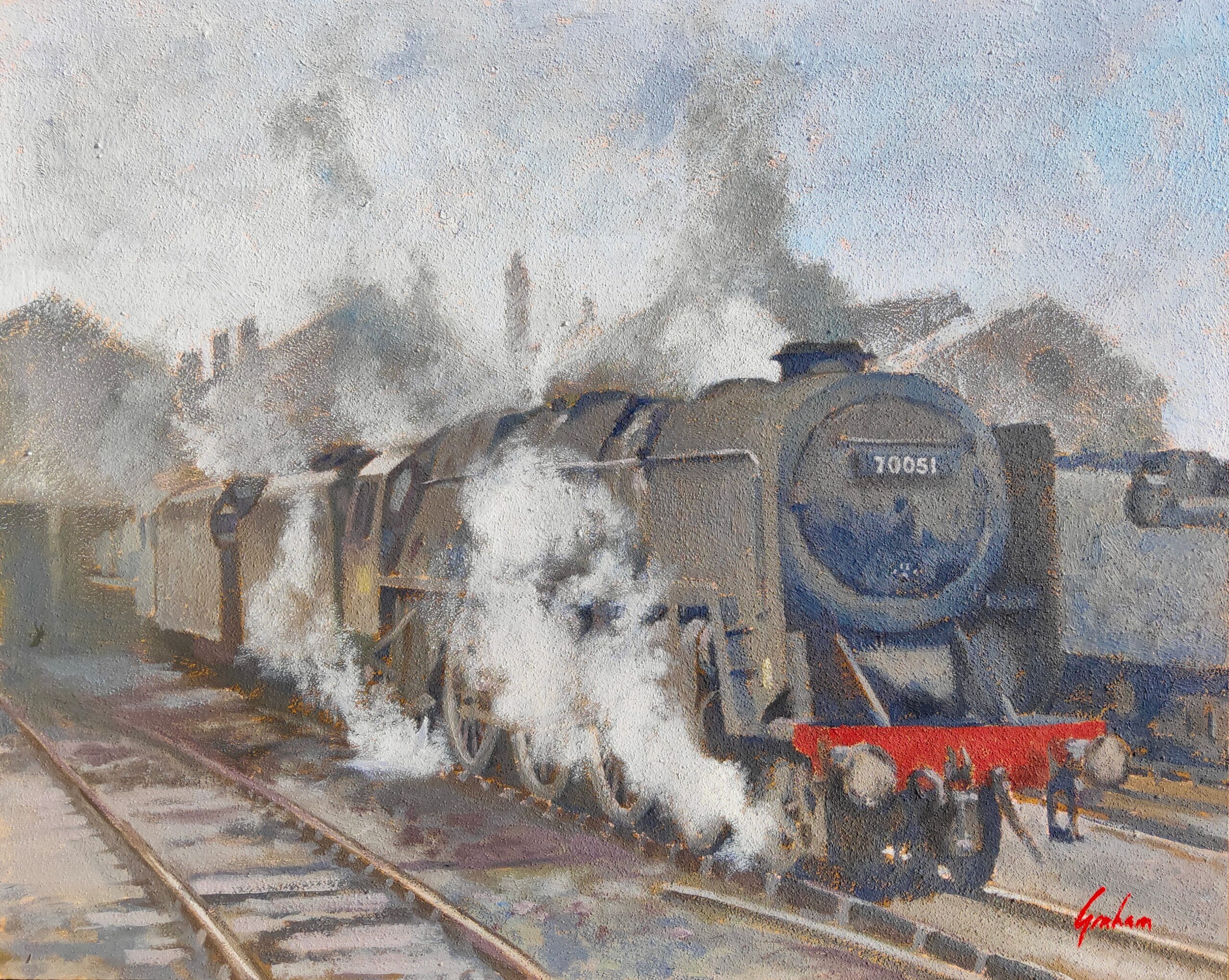 There’s a sad story to this locomotive. On 5 June 1965 the fire blew back from the engine’s smokebox while it was hauling the Euston-Carlisle express passenger train through Winsford station at speed. The driver, Wally Oakes, was enveloped in flames, but stayed on board until he was able to bring the train to a halt, thus averting a major accident. He was found afterwards on the trackside embankment, still alive but with 80% burns. His fireman, Gwilym Roberts, was also badly burned but managed to raise the alarm.

Wally Oakes died from his burns a week later, and was posthumously awarded the George Cross for his heroism in bringing the train to a halt.